The fifth edition of the International Archaeological Discovery Award “Khaled al-Asaad” was assigned to the discovery of “the most ancient intact shipwreck of the world”, according to the indications received by the five above-mentioned magazines.

The Award was given to Jonathan Adams, Responsible of Black Sea Maritime Archaeology Project (MAP), on Friday, November 15th 2019 at 18.30 at Nettuno Hall of Savoy Hotel Exhibition Centre at the presence of Fayrouz, archaeologist and daughter of Khaled al-Asaad, during the 22nd Mediterranean Exchange of Archaeological Tourism. 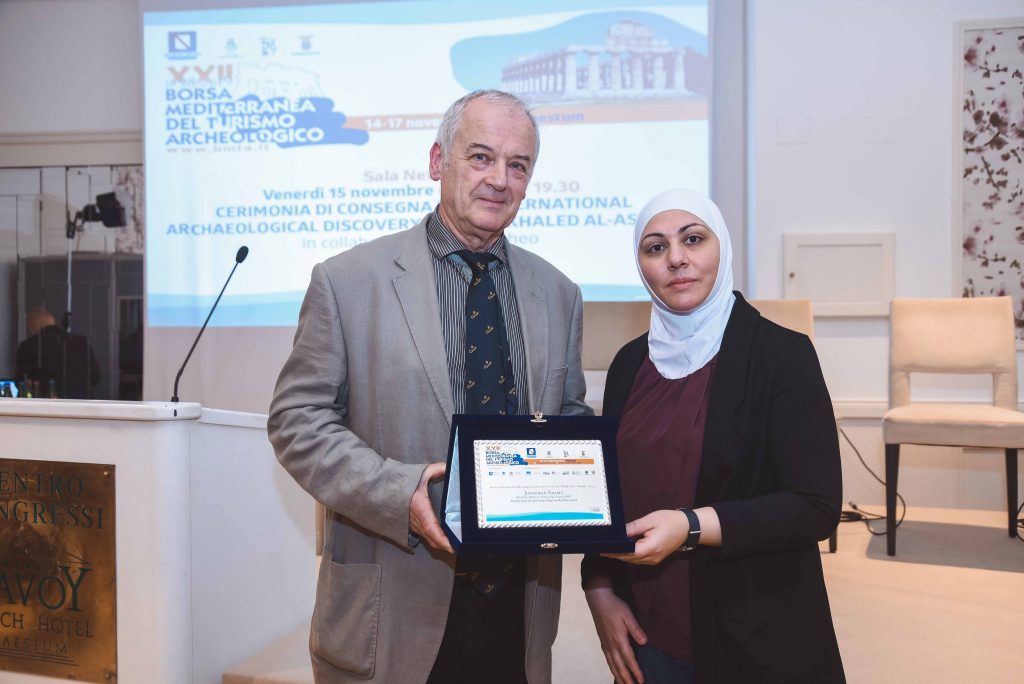 The “Special Award”, assigned to the archaeological discovery which received more approval from the wide public through the Facebook page of the Mediterranean Exchange of Archaeological Tourism, was given to “the most ancient bread of the world”, found in Jordan’s Black Desert by a group of researchers of the University of Copenhagen, the University of Cambridge and the University College of London: it is a loaf of charred unleavened bread, of about 14.000 years.

The five archaeological discoveries of 2018 which were candidate for the victory of the fifth edition of the Award were: